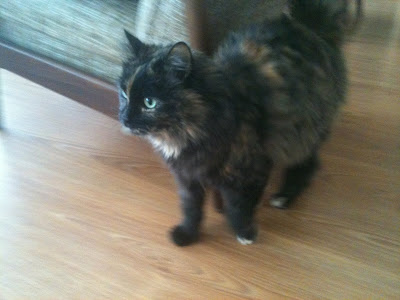 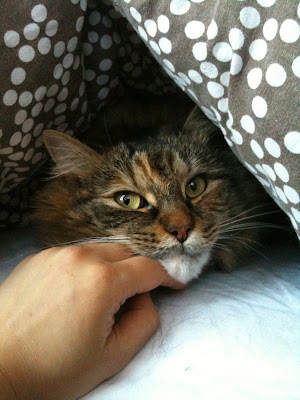 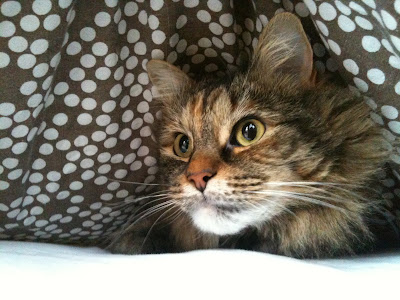 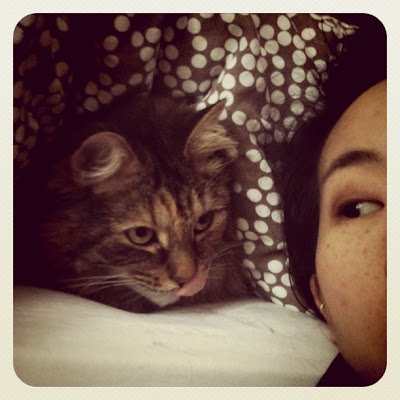 i'll take any excuse to play with cats.  i'm not to get any other cats until one of mine bites it.  so i'm always up for catsitting!  (btw we have money on pepito.  he's really old.)  been visiting with some super cute cats.  had to lure little minji out of the couch, but after that, she was super friendly, wagging her tail, following me around and meowing.  it's nearly impossible to get a photo of her, she moves around so much!  the elusive pony was hiding under the covers.  i got hissed at the first visit, but the next time he let me pet him, and was purring and rolling around like crazy, and he'll even eat treats out of my hand, all from under the blanket.  i think we're friends now even though he still won't come out from under the blanket.  yup that's it.  been doing some sewing, will post photos of what i've been working on sooooon!