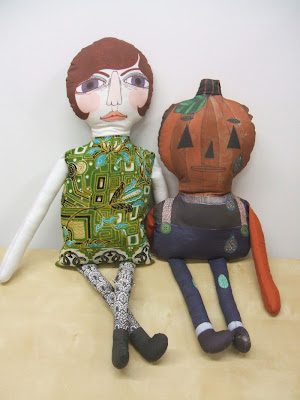 it's going to be a good one!  come out to sara's vernissage at headquarters in montreal this thursday evening, that's september 9th from 6-11pm!  if you can't make it out to the opening, the show will be up for the remainder of the month.
headquarters is proud to present, "objects of affection", a maudlin group of endearing creatures placed in knotty worlds, both spooky and familiar that will tug at your heartstrings and tickle your funny bone. 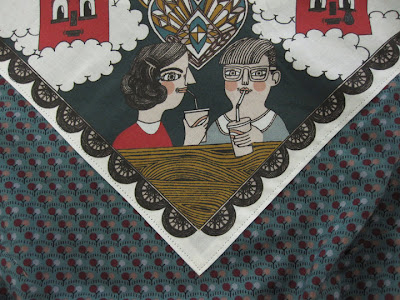 objects of affection showcases a collection of new collaged drawings and dolls, a short cut-out animation called “dropkin” and a collection of collaborative pieces with fashion designer supayana, combining her illustrations with yana’s designs. 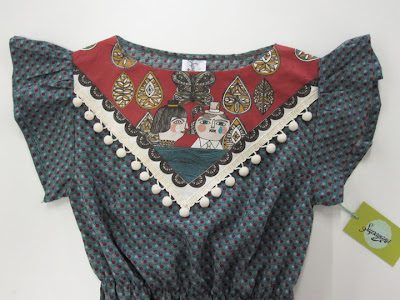 originally from toronto, sara has called montreal home for almost ten years and will soon be moving to denver, colorado. (booooo!!!! hisss!!!!)  sara spends most of her days drawing, painting, cutting-up illustrations and putting them back together, and co-running her small arts and crafts business the pin pals with her stitching partner sam. in 2008, she completed her first animation wiggles and giggles at the national film board as an intern for hothouse 5. sara is inspired by vintage children's books, cartoons, folk art and just about everything else. 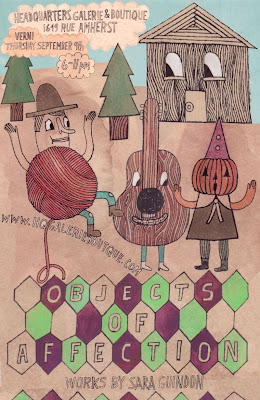 show write up via headquarters blog, (minus the booing and hissing, i added that myself), doll pictures via pinpals blog, shirt pictures (so cute!!!!!  the spoonflower fabric looks amazing!!!!  great collab guys!!!) via yana's facebook photos.  i'm not going to put a link to yana's facebook picture, because i tagged her in compromising photo that involves apple picking and maybe a chicken.
oh, and by "via" i mean taken without permission.  anyway, come to the show, it's going to be a winner.