paint your own pottery round two 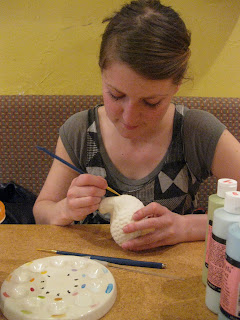 michelle painting a little partridge/bird/hen, thing, even the staff was confused about what it was... one of them even claimed that she had never seen that thing in the store before. 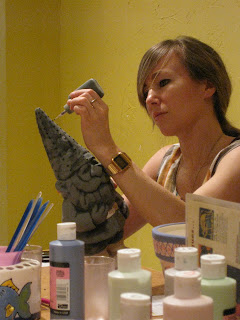 judy with her back and brown garden gnome.  she's adding some black on black textured dots on the hat. 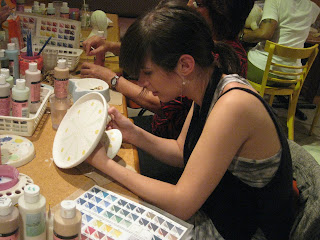 angie and her super pretty cake stand!  with intricate painted designs and dots in seafoam, yellow and white! 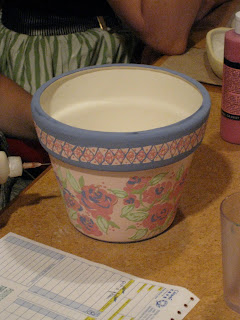 yana's planter!  i lost count of the time she said: "i can't stop! i can't stop" while reaching for another shooter of paint.  it looks amazing and it's for her mom! 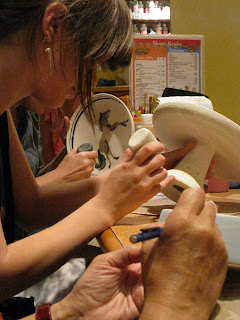 angie's mom lois is painting a cat dish, in the shape of a cat, and in the back of the photo is amanda and her horse bowl!  or should i say pony bowl? 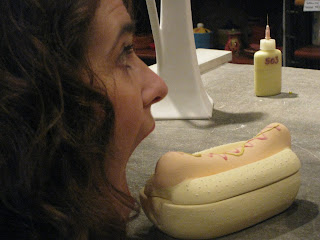 jill and her hot dog container.  she plans on filling it with condoms and giving it to her mom.  check out the sesame seeds and ketchup and mustard!! 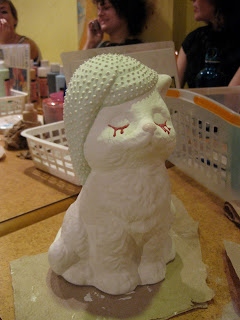 i had originally planned on painting this huge transformer with a ray-gun.  but it was chipped and the last one.  so i switched to the cat figurine with christmas hat.  and gave it a nice pink nose and some bleeding eyes.
can't wait to see how everything turns out!!  one week of waiting is a long time.

Email ThisBlogThis!Share to TwitterShare to FacebookShare to Pinterest
posted by elaine ho labels ceramics cafe, montreal, paint your own, paint your own ceramics, pottery