...was the first thing i said when i walked into the au pied de cochon cabane a sucre.  i went with a group of 10 food loving friends.  had a bit of idea of what we were getting ourselves into, so i was a little bit afraid.  but i had no idea how crazy it was going to be.  when i thought we were close to desert time, we were actually just about to get the first main course. sorry these photos kind of suck, i'm in a serious food coma, and i'm too lazy to fix them in photoshop.  well ok, the truth is that i just don't want to look at the food up close again.  i ate way too much. 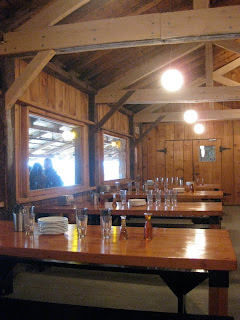 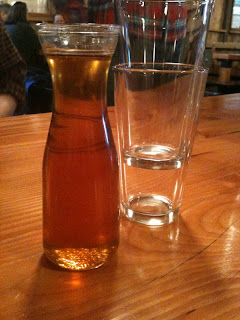 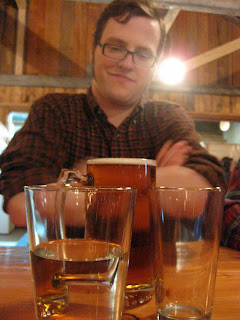 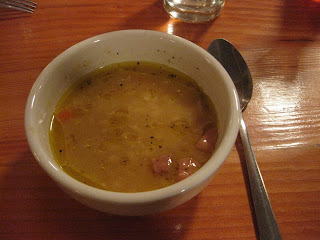 first up, split pea soup with foie gras and ham 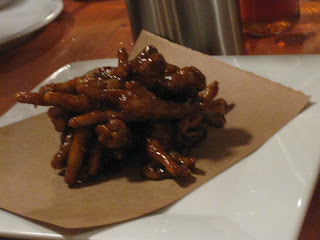 chicken feet cooked with maple syrup bbq sauce, i used to love eating chicken feet at dim sum, but they kind of freak me out now.  i mostly just ate the sauce off of them, and a bit of the skin wasn't able to munch on the crunchy cartilage toes like the rest of the team. 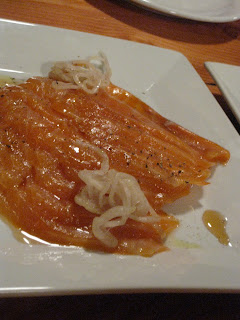 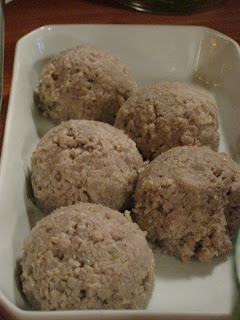 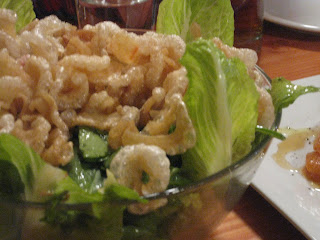 salad with oreilles de crisse, ham, cheese and walnuts, and of course some sort of maple syrup dressing 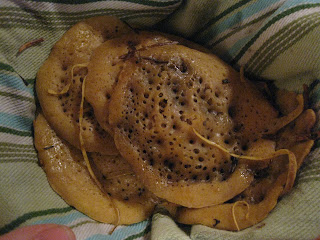 buckwheat crepes made with lots of maple syrup and butter 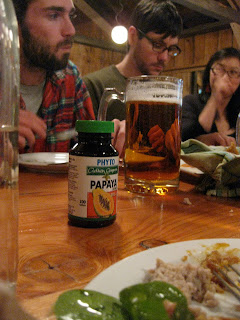 my friend siu-min was kind enough to pass around her papaya enzymes.  they aid in the digestion of protein.  someone at the table had googled what to do to prepare for eating a huge meal:  eat lots of fiber beforehand and stay hydrated.  someone else at the table who shall remain unnamed split his pants.  i didn't even wear pants.  i wore stretchy leggings and the shirt i slept in. 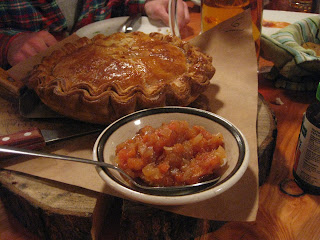 toutiere!  so delicious.  giant meat pie friend.  it's an extra $20 to add one to the table.  well worth it.  came with this amazing homemade ketchup.  maple syrup ketchup. 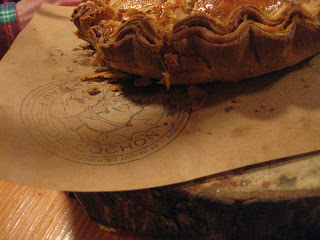 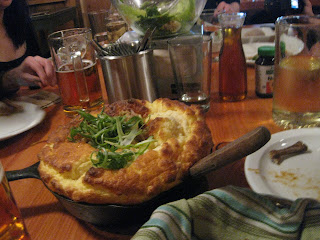 crazy savoury souffle, with pulled pork, maple smoked sturgeon, topped with green onions, so delicious! they brought us TWO of these.   and they were HUGE. 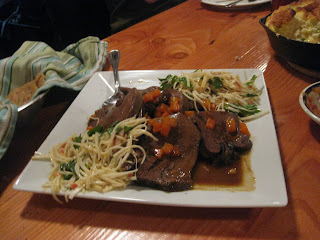 cow tongue with celeriac, not the biggest fan of tongue, mostly because of the texture and look of the tastebuds, had a bit, pretty delicious. 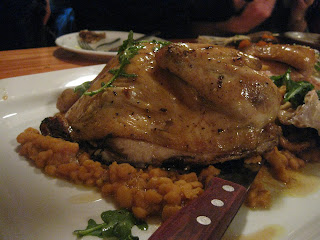 maple and butter roasted chicken on a tasty bed of beans, this was when i stopped being a team player.  i was pretty full already. 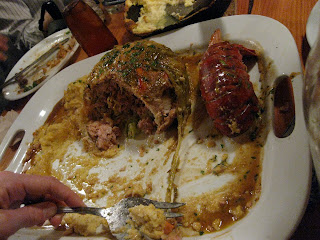 this thing was crazy!! it was like a giant pork meatball wrapped in cabbage, and stuffed with  big chunks of lobster and foie gras.  it doesn't look big in this picture, but it was the size of a human head. 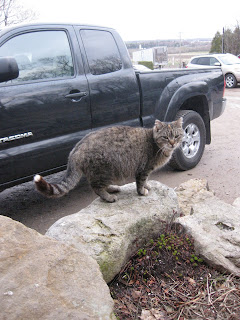 at this point, i had to take a break, went outside to pet the cat. 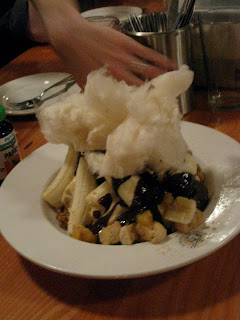 banana split with maple syrup cotton candy, maple syrup ice cream, and maple syrup marshmallows, you know how sometimes restaurants bring out a dessert cart, where you get to pick out your dessert?  well, this was kind of the same deal, but when they brought out the dessert cart, we got to eat everything on it. 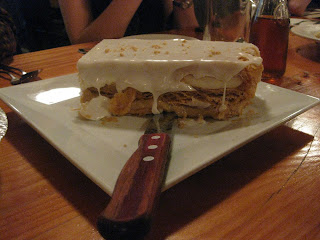 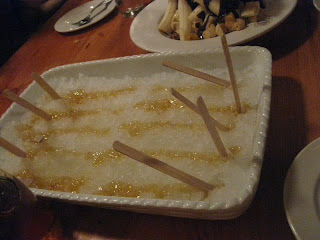 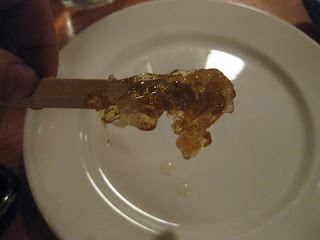 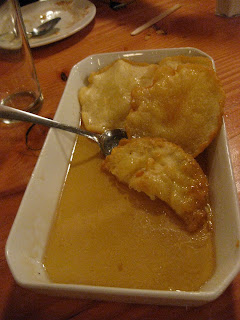 donuts fried in duck fat, soaking in maple syrup
i doused my entire meal in maple syrup, even the desserts and coffee.  at the end of the meal, even the water was starting to taste like pork.  i remember the soup, and the desserts, but everything in between is a meaty blur.  i took notes on my iphone during the meal so i would remember the menu, now my phone is sticky with syrup and grease.  our bill was over $700 before tip.  the meal is $49/person + drinks.  and in addition to that most people at the table bought tourtieres and maple syrup goodies to go.  it was a huge splurge for me, but well worth it.  it was my first cabane a sucre, and the food was delicious.  now i need to lay down please. 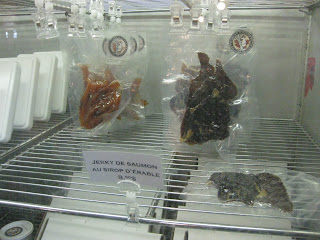 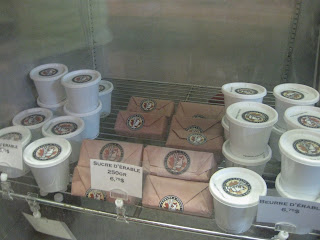 maple sugar and maple butter, they also had maple syrup cotton candy, and macaroons, and eclairs, and and and.