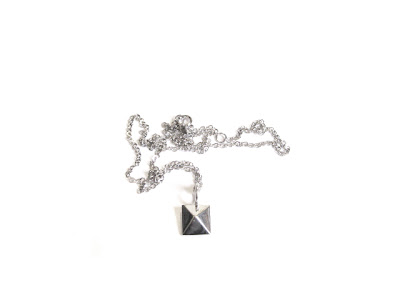 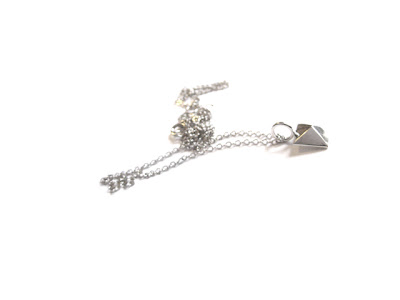 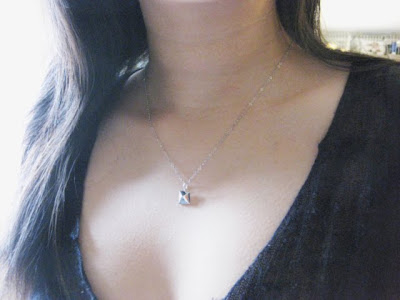 just added this little pyramid stud pendant to my etsy shop!  i made this one months ago, but then lost the photos, and didn't really realize until now.  excuses excuses.  anyway, i like this pendant, it's small and simple.  i know, it's called "big pyramid stud", even though i just said it's small, but it's because i have an even smaller pyramid stud, know as the mini pyramid stud.  so that makes this one the "big pyramid stud".  confusing?  maybe.

i try to make my style names as descriptive as possible, because if i named all my things with cute names like:  "baby love necklace", "cinderella ring", "kiki pendant" or "angel face"  what is that?  is that the ring with the spikes? that skull necklace?  who are those people?  where am i?  i would have no idea what was what.  so my names are a bit boring,  but descriptive.